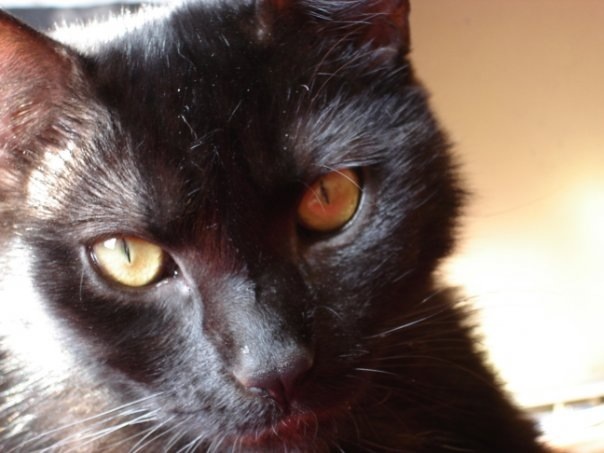 Depending on how things turn out (I should know by the end of the month – November that is – I may be going into the hospital for 4-6 weeks for treatment of my eating disorder, most likely at Overlake (the floors it takes up though is “Eating Recovery Center.” All of my back-up temporary pet homes are no longer a possibility (last time I did this my best friend took my cat (I only had 1 then) while I was in the hospital then I got him back when I “stepped down” to Partial Hospitalization (meaning I was at the hospital all day, but came home at night so I can take my cats back then). Unfortunately, said friend has moved to AZ. My mom would love to help but I have 2 cats (one that’s familiar with her, the 14.5year old called Jet) and the other hides whenever anyone but me comes into my apartment so they have yet to be acquainted formally (Sammie) but regardless, she can’t take them because she already has 3 cats now (which is still above the lease agreement and 5 would definitely be pushing it. I literally have no friends in the area (they’ve all moved away or have pets of their own); my caregiver, Shelley, has a really neurotic dog that probably would freak out if she introduced 2 cats to the household.

Ideally they would stay together but I know how hard it is to make the decision to adopt or foster more than one. They aren’t bonded in that they weren’t raised together or anything, it’s just easier to have them BOTH go to the same home. If it’s not feasible, I’ll work something out.

He’s extremely sweet and cuddly (especially if you’re like me in the winter and don’t use the heating system in your home). Not terribly fond of being picked up (though he won’t scratch, he might growl a little bit and wiggle to show his displeasure). He has NO “no-fly” zones when it comes to petting. He loves being petted, and having his belly and chest literally massaged (and he’s got a bit of loose skin as he’s lost some weight since he’s older…pretty normal. He DOES have some GI problems for which he takes 2.5mg prednisone (in his case, 1/2 of a 5mg tablet crushed and mixed into his daily wet food – he WILL abandon his wet food when Sammie leaves his behind for whatever reason, and switch to Sammie’s portion (I guess it probably tastes better – at that point I scrape his uneaten portion and mix it with Sammie’s uneaten portion and Jet is likely to eat it all. He’s very good with kids (like I said, pet him however you want even if it means the fur being petted the wrong way!) and hasn’t a lot of experience with dogs but so long as the dog doesn’t aggravate him (he might hiss initially but doesn’t get physical – that’s about it), they should be fine.

He loves perches – be it a cat stand/scratching post, or the back of an armchair/couch. He has never peed outside of the litterbox (though you really do have to keep it clean – or if you have multiple cats follow the 1 litter box per cat plus 1 extra. So I have 3 as I have 2 cats). If he’s disgruntled about his litter box(es) he is likely to crap outside the litterbox (his favourite places are the kitchen floor or the bathroom for me) so every 3 days should do it just fine. He will NOT be happy with crystal litter; it absolutely has to be clumping. I mostly use unscented tidy cat (you can get them in pails that I think are like 35 lbs?) because it’s cheap and it does what it’s supposed to do (and is less likely to aggravate my other cats’ asthma).

He does have one bad habit though that I’m trying to break him of: If you have an upholstered couch or chair and it has some damage on the arms or back to the fabric making it frayed, he will go nuts with it and completely ignore the scratching posts in favour of the damaged upholstery. I have a used couch he used to go at when he wanted attention and I’ve since put clear packing tape across the areas he liked to claw and it seems to have helped. Also, you (or the vet) will need to trim his claws regularly as they grow extremely fast. You pretty much HAVE to use the “burrito method” to get at his claws though. He’ll howl and growl, but he won’t take a swipe at you.

FYI he DOES have cataracts but they don’t seem to impede him at all. You can see them in the reflection on his eyes, but he’s never missed a jump (oh btw he likes to drink out of the tap on a drizzle while you’re using the bathroom) or run into anything. They both prefer drinking out of “water fountains” meant for cats to drink out of. You will need to change the filters on these devices around 1x a month.

PLEASE DON’T LET HIM OUTSIDE. He is sneaky and can sneak outside behind your heels, or maybe when you’re taking the garbage and recycling out and have the front door open for a minute or so – he will zoom right out. I live in a building with interior front doors/halls so he can’t get outside (I’m also on the 4th floor). He mostly just runs toward the elevators and meows at me until I pick him up (the ONLY time he will tolerate being held for more than a few seconds) and carry him back to my apartment purring his head off at his “adventure.”

Together, we can save the day for Jet/ aka Bubby Boy or Bubby Bubby Boy.